I recently attended ICANN 59 in Johannesburg, South Africa.
While there I picked up a fidget spinner. It worked reasonably well, but it was not very well balanced and so shook somewhat while spinning. This bugged me (probably more than it should have!), and so I decided to do something about it. 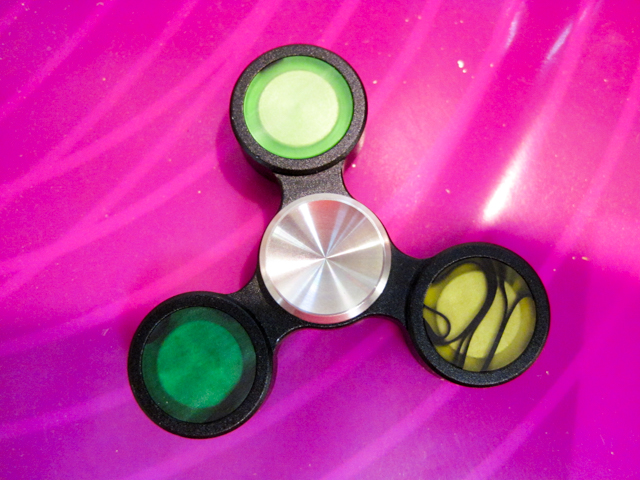 If I held it vertically and gave it a quick spin, it would fairly much always stop with the light green arm point up. This means that the other two arms needed some material removed. I estimated how much would ned to be removed by adding hot-glue to the lighter arm to balance that, and then remove roughtly half that from each arm. 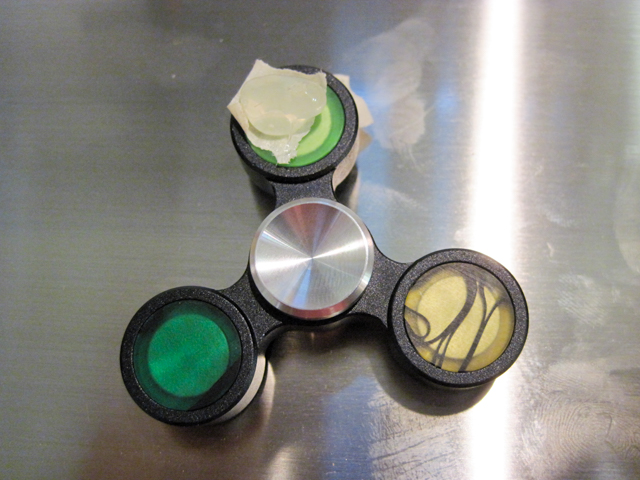 I couldn't figure out how the weights were held in the arms (it looked like a press-fit, but was very tight) and so I decided to try and mill some material off the outside of the arm. After removing some material on my little Sherline mill, it became clear that this wasn't going to provide nearly enough benefit (the body of the spinner seems to be aluminum, and the weights seemed much heavier) and so I decided that I needed to get the counterweights themselves out. I heated the arms up with a heat gun and managed to press the weights out. 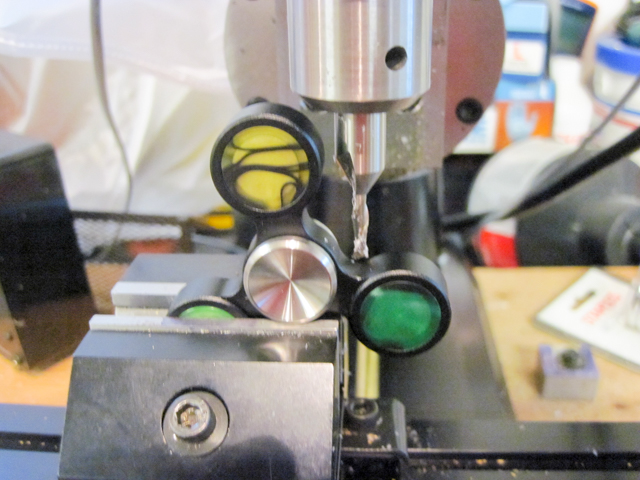 Unfortunately, I didn't have my higher precision scale handy, but even using a lower precision one it was clear that the weights were different.

I put each weight in a Sherline lathe, removed bits of material and kept checking to see if this had fixed it. 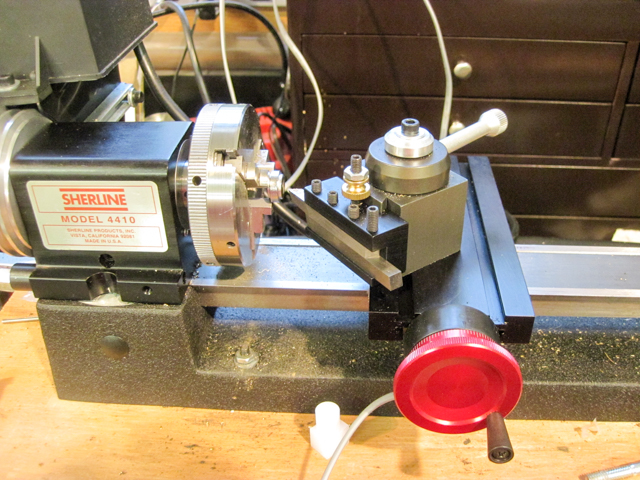 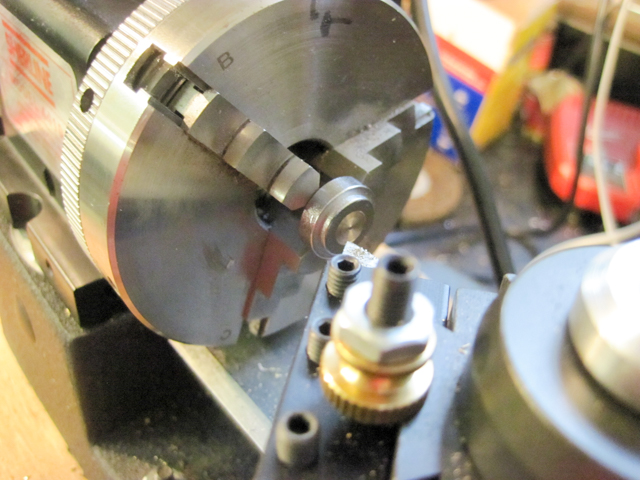 After removing much more material than I would have expected, I got it nicely balanced. 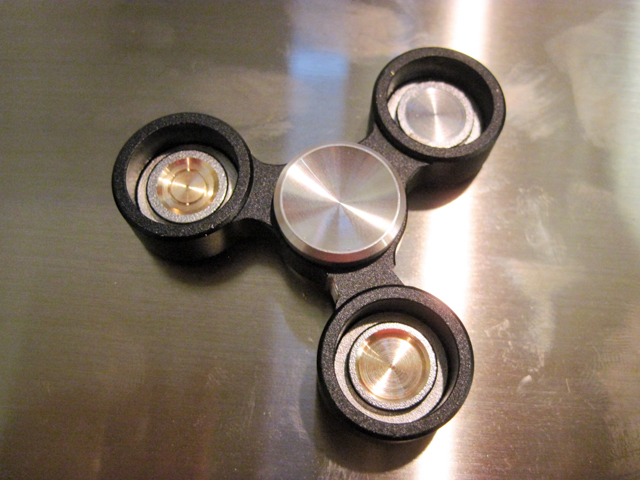 Of course, if something is worth doing, it's worth over-doing, and so I decided to replace all of the weights with larger, brass ones (I also enjoy turning brass). So, I turned down some brass rod to (slightly over) dimension, parted it off, and made small cuts to balance them.

I then turned small decorative cuts into the face, which also happen to improve the feel. The new weights are significantly heavier than the old - 41g versus 27g, heading to noticeably longer spin times. 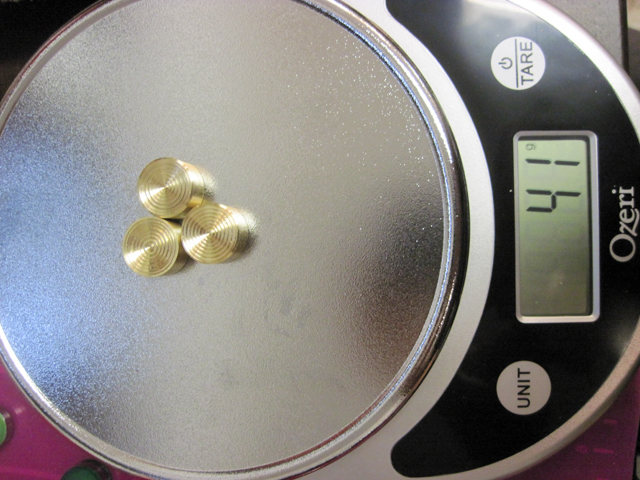 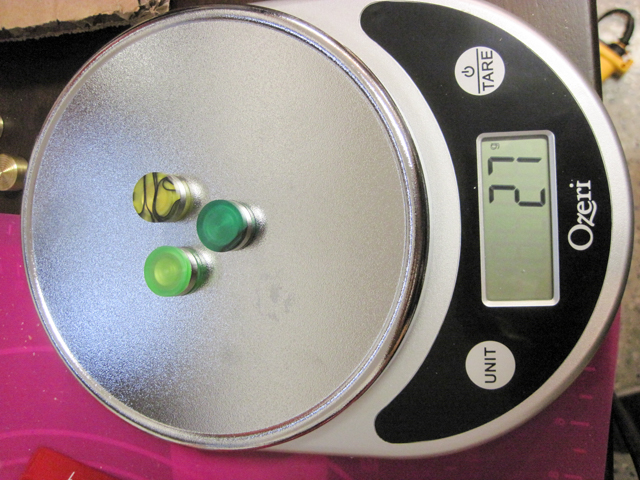 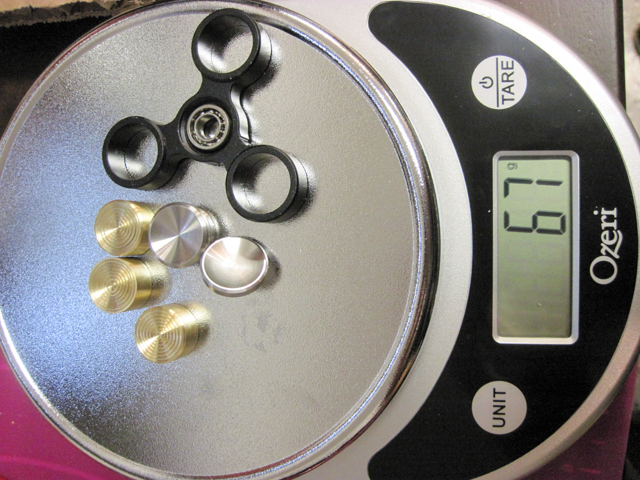 Finally, the bearing felt somewhat rough, so I cleaned it in an ultrasonic cleaner, with some L & R #566 Ultrasonic Non-Ammoniated Watch Cleaning Solution, rinsed it in L & R Ultrasonic Watch Rinsing Solution and oiled the bearings with some Moebius 8000/4 oil. The Moebius turned out to be somewhat too thin, so I replaced it with 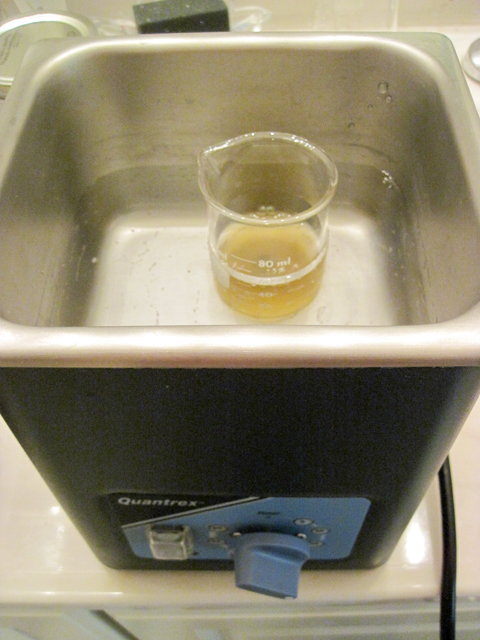 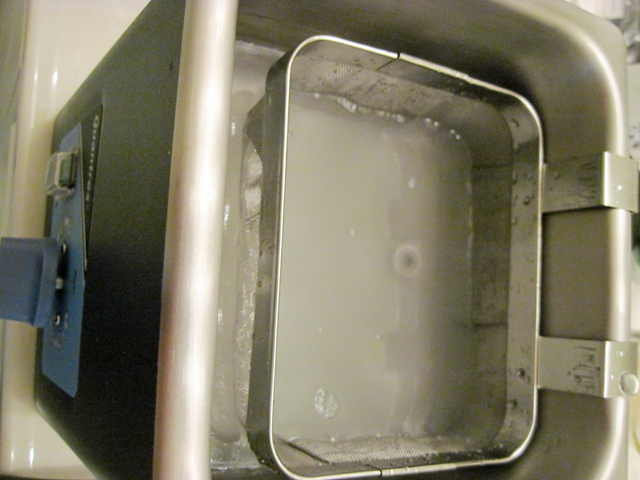 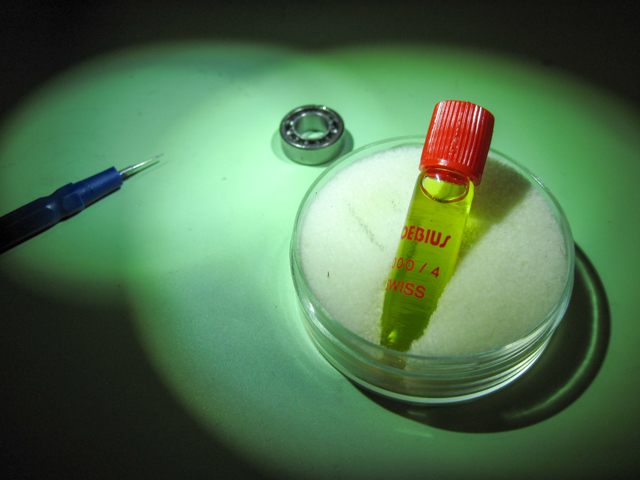 It is now much improved. All of this was way more work than it justified, but, hey, that's not the point!