I've long been a fan of the Airconsole portable Wifi / Bluetooth to Serial devices. They always work well, they connect to anything, and it is really nice to be able to have a console connection without having to ballanve your laptop on the edge of a rack / router / whatever.

They recently released the Airconsole LE - a portable, long battery life BLE based unit. Unfortunatly it is much larger than it needs to be - and I mainly carry a console server for emergency use. If it takes up too much space in my bag, I won't carry it, and then it is of no use.

Don't get me wrong - Get Console / Airconsole are still awesome, this particular prodict of theirs could just be even better! 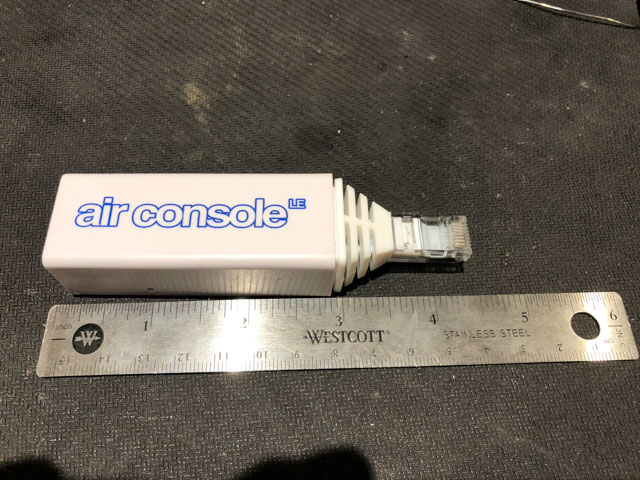 The huge majority of this size comes from the comically large RJ45 connector - I get that they built it ruggedly so that it would survive being knocked about / used as a handle for carrying switches around, etc, but this is taking it a bit far!! 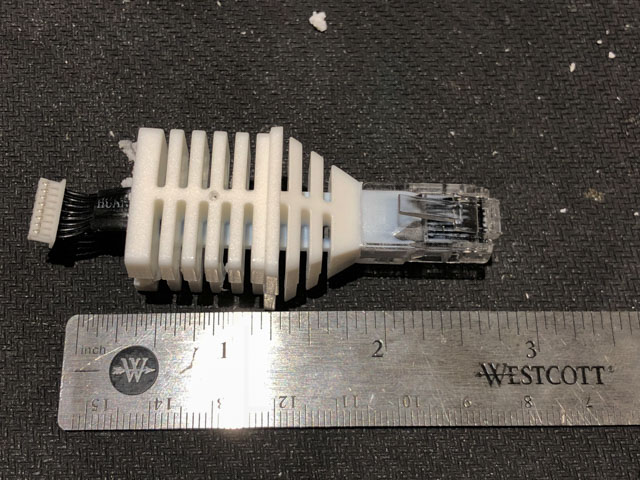 I ended up disassembling it and using a dremel tool to cut away the majority of the strain releif on the back of the connector. 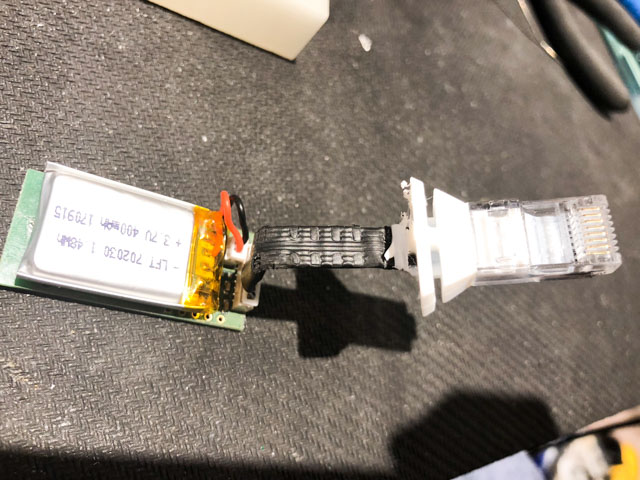 I then printed a 3D case out of glow-in-the-dark fillament. Partly this was because this was what was already loaded in my printer, but also so that it might be a little easier to find in the depths of my bag. It is now almost 1/2 as long, and much thiner and narrower as well (the new case slides competely inside the old one :-) 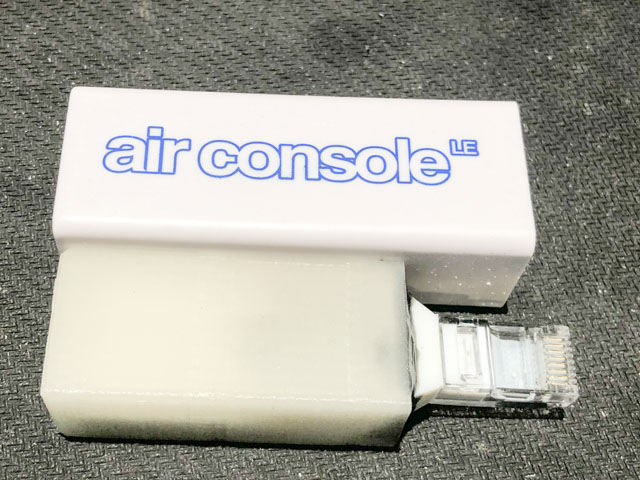 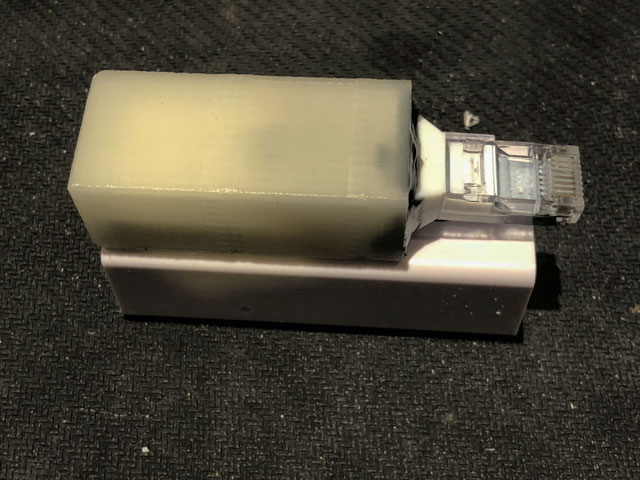